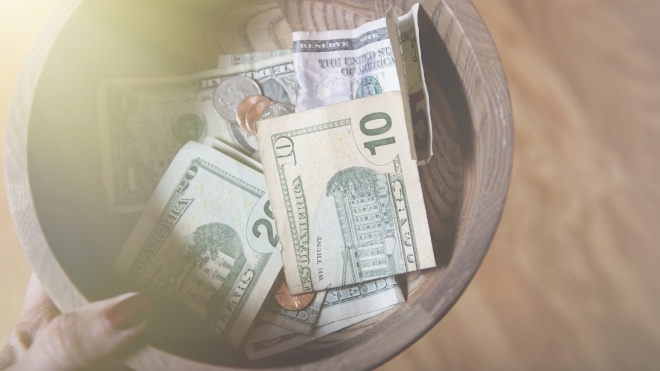 Many people find it painful to ask for money, and believe it or not, the same holds true (is it more true even??) for some pastors. While asking church members for money might seem completely normal, it can get downright uncomfortable. The fact there seems to be a certain stigma attached to pastors asking for money (insert infamous televangelist name here), certainly doesn't help matters any. But if the pastor doesn't do it, then who will? On the flip side, there are pastors who really don't mind asking their congregation for money, but it just doesn't seem to be working.

Which boat are you in? Does it pain you to ask your congregation for money? Or do you ask, but they just don't seem to hear you? In either case, if your congregation just isn't giving, here are some things that you should take a look at. It might be just a quick or easy fix.

You’re Not Being Transparent

There are a couple of things pastors can be more transparent about when it comes to money:

If the congregation knows it's been difficult to keep up with the bills, they may decide to do their part to help alleviate strain on the church budget. Church members also like to know where exactly the money they give is going. While it's okay for the pastor to earn a salary, the more you can show where ELSE the money is going, the better. Whether the money is being spent on compensation packages, church equipment, or gas for the church van, all of this is information the congregation has a right to know.

You Aren’t Communicating the Mission

Does your congregation know why your church exists? Do they know what causes are important to you and why? If not, it could create some ambiguity when giving.

For example, some people may think “Why are they giving to that cause? That doesn’t make sense. I don’t want to give money to that.” There might be a great reason you're asking for money for that certain cause, but if this information is not clear, it might deter people from giving. By effectively communicating your mission, your members will understand your church’s choices about how to spend and give money.

You’re Making It Difficult to Give

Checks and cash used to be the way to go when it came to giving money to the church. Givers would drop in a wad of cash, or they would place that hastily written check in the offering plate as it passed by. Nowadays, fewer and fewer people are writing checks or carrying cash.

Most people make donations with a credit/debit card, or they do it online. If you haven't caught up with the times, you are probably making it difficult for your church members to give. If you don't have a way to give online, you are making the act of giving pretty much impossible.

Some ways to make it easier to give include:

By making sure they know there are plenty of other ways to give, and that they don't have to write a check or give cash, your congregation will be more likely to actually do it.

While there is no magic formula dictating how often you should ask your congregation for money (wouldn't it be nice if there was), there is such a thing as asking too often. When pastors ask for money too often, church members get tired of hearing about it. By asking too much, the congregation will start to think all the church wants is their money. Some people may get so turned off by the perpetual asking, that they might end up finding a different church altogether.

This may be forcing you to ask the question, "How much is too much?" You may want to discuss this with other church leaders, and even members of your congregation, as to how often they think you should be asking them to give.

The Bible says, "You do not have because you do not ask" (James 4:2). Of course this doesn't mean you have to ask all the time (see the above point), but, you do have to ask. If you are not comfortable asking directly, there are other ways to get the message across. You could try doing a sermon on the importance of tithes and offerings and how this money can help to carry the mission of your church forward. You could also share some of these Bible verses that can help inspire your congregation to give, and to even dig a little deeper to help further your mission. You can also try to remind your congregation that giving money is so much more than the actual money. It's about growing in Christ and increasing their faith.