Your Church Staff Won't Listen to Your Ideas—Now What? 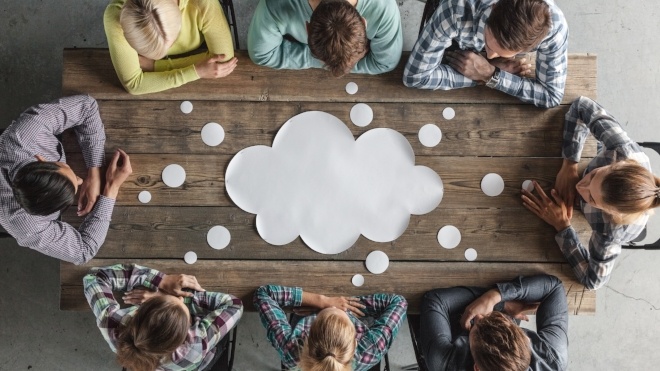 One of the many reasons you're a church communicator is because you want to use the creative gifts God gave you to help further the mission of your church. You love the creative process and you especially enjoy coming up with new ideas - and good ones at that! The problem is, you need buy-in and people just aren't listening. You wonder if maybe it's because they simply don't like any of your ideas.

Realistically, there may be much more behind their push-back.

Here are some of the most likely reasons your church staff isn't listening to your ideas. And as an added bonus, we threw in some things you can try to get them to listen.

Your Plan Is Not Thought Out

When you come up with an idea, you could be thinking about the big picture, only. Or, on the other end of the spectrum, maybe you're too focused on the details and have a hard time seeing the big picture.

Whatever the case may be, the upper level leadership will want to see both the big picture and the details of how to get there. One good way to do this is to give all the data along with a detailed timeline. Plan to show them that you have really invested a lot of time into your idea and that you believe this is the right direction.

One great way to ensure your plan is completely thought out is to present it to an outside group first. Maybe you have a group of friends you meet up with on a regular basis, or you belong to a small group in your church. By presenting the ideas to those who aren't part of the buy-in process, you can find out if you've covered all your bases. If they have questions about how your idea will be implemented, maybe you need to do more to iron out the details.

You Haven’t Been On Board with Their Ideas

Ask yourself if you have been unreceptive to hearing other staff members' ideas. Be truly honest with yourself when answering this question. This can take some introspection on your part, but don't worry, this kind of stuff happens—and frankly, if you did not give them your support, they will be less likely to give you theirs.

If you want to build that relationship and trust, you'll want to try and be more open-minded with other people's ideas. If you have a hard time being open-minded, you may want to practice the following:

They May Be Resistant to Change

If you think people aren't jumping onboard with your idea because they are concerned it's going to cause some major changes, it's important to stay focused on the positive aspects of your idea. Let the church staff know what motivated your idea. Like for instance, was it your desire to help further the church mission?

There May Be Bad Blood

Yes, you do work in a church setting but regardless of that fact, there can still be a history of a bad relationship between the communications team and the budget team for example. It's important to take the time to improve those relationships as you move forward. Be transparent, take the time to grab a coffee. If it’s been really bad, maybe address the elephant in the room head on, or ask for counsel or a mediator.

Bad blood can make things difficult, but by choosing to humble yourself and asking if you have done anything to offend anyone, you can open the path toward forgiveness. Even if they don't reciprocate (and hopefully they will), you have done your part to clear the air and set things right. If there has been a conflict between you and another member of the church staff, you can try taking steps to resolve that conflict. One good place to start can be found in the Bible in Matthew 18:15-17:

"If your brother or sister sins, go and point out their fault, just between the two of you. If they listen to you, you have won them over. But if they will not listen, take one or two others along, so that ‘every matter may be established by the testimony of two or three witnesses.’ If they still refuse to listen, tell it to the church; and if they refuse to listen even to the church, treat them as you would a pagan or a tax collector."